Orange, VA– Virginia may be known historically as the “Mother of Presidents,” but in 2022, Virginia’s students are proving that the state isn’t done producing great constitutional thinkers.

Over April 23–25, 2022, 47 high schools from around the country competed in the We the People National Finals, a competition based on the acclaimed We the People: the Citizen and the Constitution curriculum, administered nationally by the Center for Civic Education and run in Virginia by Virginia Civics. Douglas S. Freeman High School in Henrico County, coached by Mr. Rob Peck, entered the competition as a wildcard team and earned a 3rd place finish among all teams. Maggie L Walker Governor’s School in Richmond, coached by Mr. Samuel Ulmschneider, claimed the 5th-place spot. The winning team was from Amador Valley High School in Pleasanton, CA.

High school and middle school teams competed on a range of constitutional topics: How is the rule of law embedded in our founding documents? In what ways does America’s two-party system promote or thwart American constitutional principles? How have the courts interpreted the establishment clause of the First Amendment? What, if any, are the responsibilities of people during a pandemic to balance individual liberty and the common good? These are just a few of the questions these students are wrestling with. And the preparation for the competition will have lasting effects.

“We the People really opened my eyes to how big of a role people play in securing their own rights, especially in exercising the first amendment and the tangible impacts of different movements and protests,” said Chloe Wright, a 2021 We the People National Finals competitor from Virginia. “It also helped demystify a lot of the processes of our government, and it was very exciting to not only understand the political things I was reading in the news, but also to be able to have educated conversations and be able to form my own opinion based on question research.”

According to Adam Huffman, another 2021 national competitor, “We the People gave me the opportunity to discuss the foundations of our democracy with others and examine the progress of the U.S. over time. I gained insight on the structure of government, utilizing historical resources and legislation to craft an informed opinion in a politically motivated climate. I thoroughly enjoyed the cooperation with my peers to unpack the decisions of the past and how they impact our future. We the People is a deeply relevant project that prepared me for being a well-informed citizen.”

Virginia schools have historically performed very well at We the People National Finals. Maggie Walker Governor’s School has earned the National Championship four times over its long involvement with the program, most recently in 2021. Virginia schools consistently make the “top 10” every year.

We the Peopleis an award-winning, nonpartisan curriculum that helps students understand the history and principles of the Constitution and the Bill of Rights. During the competition, students present a prepared mock congressional testimony and answer follow-up questions about historical, political, and constitutional issues. The competition judges, consisting of attorneys, politicians, professors, and community leaders, assess the initial testimony of the students and probe their knowledge during the question-and-answer period, judging them on everything from constitutional understanding to supporting evidence to reasoning.

Teams first compete in in-school and regional competitions to qualify for a state competition, and if they take top honors, they may elect to dive even deeper into constitutional topics to compete in the National Finals. Virginia Civics co-executive director Jen Patja Howell said, “We the People students have demonstrated extraordinary dedication to learning about the Constitution and the rule of law through preparing for this competition, in-class, after school, and even over numerous evenings and weekends. They’ve learned the value of research, teamwork, and how to engage in civil discourse. Our country needs these kinds of leaders now more than ever.”

Virginia Civics sponsors the We the People: the Citizen and the Constitution program in Virginia. Virginia Civics is a nonprofit, nonpartisan organization that promotes constitutional literacy, critical thinking, and civic engagement, empowering the next generation of leaders in Virginia.

In supporting the program, Virginia Civics provides professional development opportunities for teachers based on the We the People curriculum, teaching resources, classroom support, and runs the annual regional and state We the People competitions. To learn more, visit vacivics.org.

Emily Voss comes to civic education from the museum world, where she was passionate about making museums relevant to the modern world. She currently serves as the Manager of National Programs for the Center for Civic Education. Prior to that, she served as the Education Director at the Robert H. Smith Center for the Constitution at James Madison’s Montpelier where she spent the past decade developing programs for adult professionals that invited engagement with America’s founding documents. She served as the Virginia State Coordinator of the We the People program for 10 years and is a co-founder of Virginia Civics. Emily holds a BA in History from Gettysburg College, and an MA in Museum Education from the Cooperstown Graduate Program (SUNY). She and her family currently reside in central Virginia.

Learn More about our programs 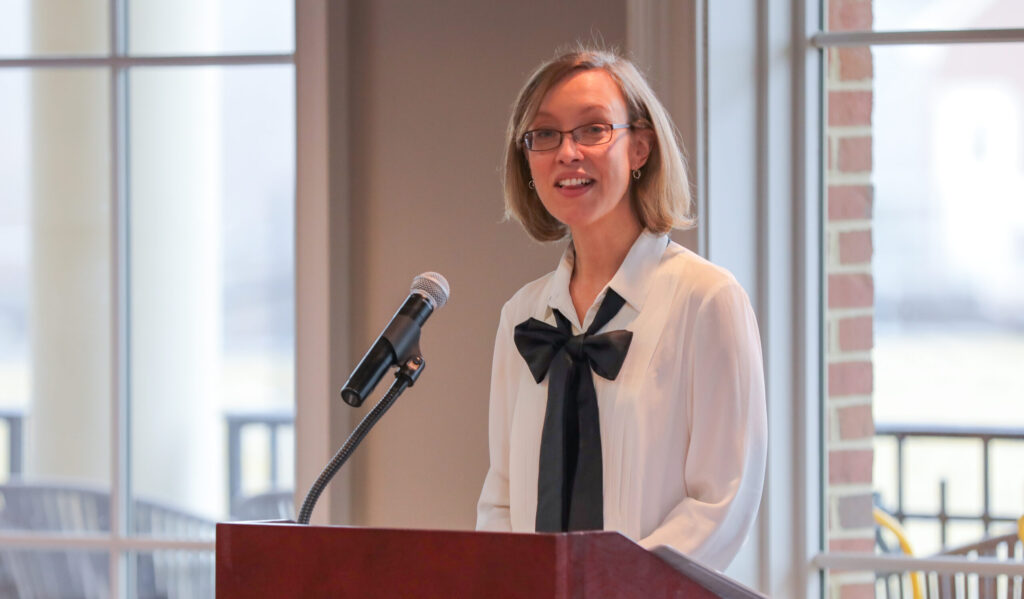 Jen Patja Howell has dedicated her career to strengthening constitutional self-government through her work with Virginia Civics, the Center for Civic Education, and Montpelier’s Robert H. Smith Center for the Constitution, where she served as Deputy Director. Jen is a co-founder of Virginia Civics, and serves as a House of Delegates-appointed member of the Virginia Commission on Civic Education, a state legislative commission. She is the producer and editor of “Rational Security,” a weekly foreign policy and national security roundup, and “The Lawfare Podcast,” a daily audio production in cooperation with the Brookings Institution. Jen has held teaching and research positions at the University of Virginia, most notably in Criminology and the school’s University Internship Program with the Weldon Cooper Center for Public Service. She received her master’s in Sociology from the University of Virginia, and a bachelor’s in English from the University of California, Berkeley. 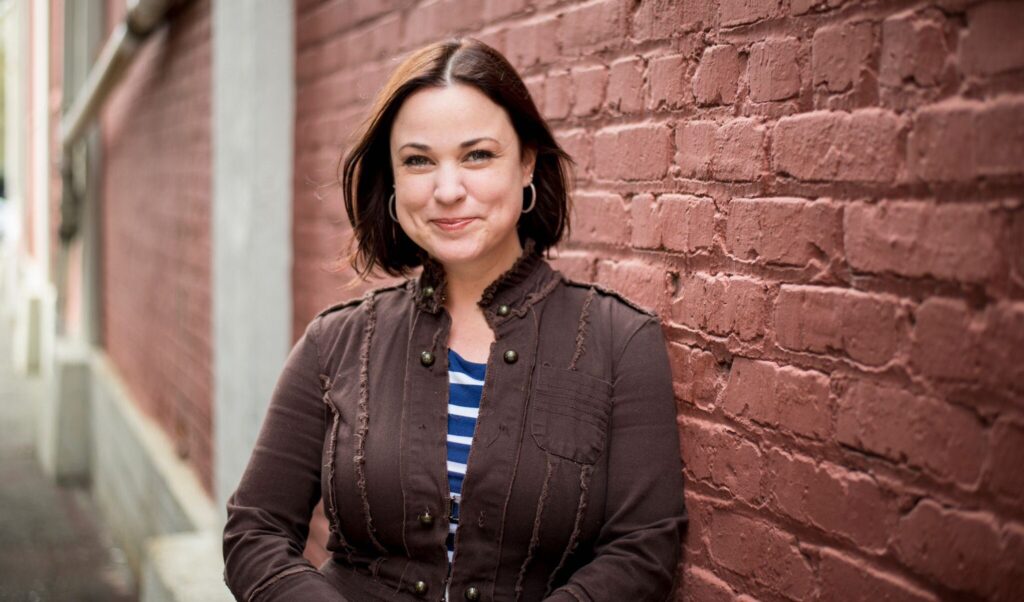 Amelia Bochain has devoted her professional life to effective social studies education that fosters civil discourse. As a classroom teacher for nine years, she implemented project-based learning that focused on civic engagement and encouraging effective discussion skills. She is particularly passionate about the We the People program, where she coached teams that placed in regional, state, and national competitions.

Learn More about we the People 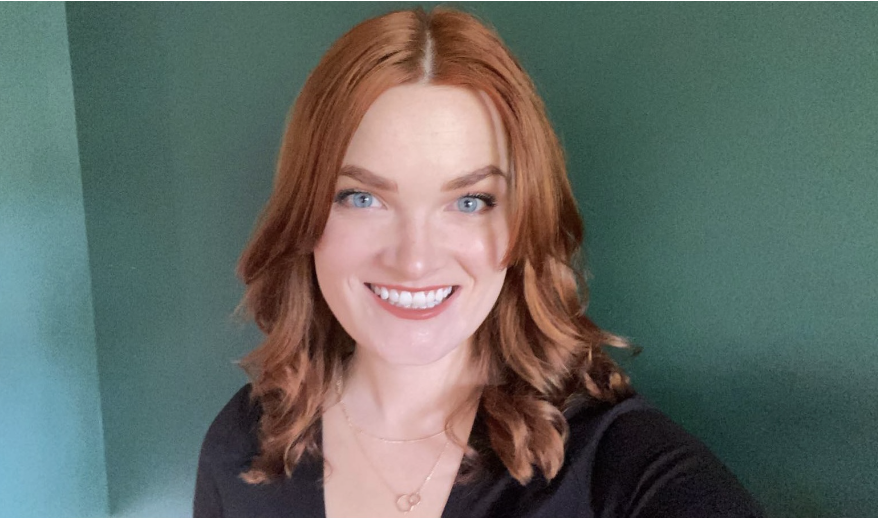